We use cookies on our website. They help us get to know you a little and how you use our website. This helps us provide a more valuable and tailored experience for you and others.

You can revoke cookies at anytime at the bottom of the page.

"Cancer treatment can be detrimental to a patient’s fertility" explained Prof Michel De Vos of the Centre for Reproductive Medicine at UZ Brussel. "To give cancer patients who want to have children every opportunity to do so, it is crucially important to refer them at diagnosis as soon as possible to an oncologist to discuss which preventive actions are possible. Our oncofertility team is available for such discussions 7 days a week. Patients can have ovarian tissue and reproductive cell material like eggs or embryos stored in frozen condition. Several combinations are possible to optimise fertility retention after cancer to avoid these patients later having to take the step towards egg donation or adoption."

Maintaining fertility to fulfil wish to have children

Jasmien was just 23 years old when she was devastated to be diagnosed with lymphoma. She had just started living with her boyfriend. She recalls the day of her diagnosis as if it were yesterday. "It was a bolt from the blue and the first question that came into our minds was what if we want a baby? My oncologist immediately had my fertility tested on the day of my diagnosis. When I heard that it was good, it came as a relief but also caused a lot of anxiety. To avoid risking my fertility, I had an ovary and eggs frozen. I’m grateful to my oncologist for arranging everything so quickly for me and for the guidance I got at the fertility centre. Due to the impact of the diagnosis, I could not have taken those steps on my own. I was thinking mainly about how to get the cancer out of my body. At that time, the explanation that I received about oncofertility did not really get through to me, because so much was going through my mind."

"In order to increase the chances of success, we sometimes choose to combine certain preservation techniques at our fertility centre," explains Prof De Vos. "If fertility storage has to be scheduled very shortly after the diagnosis, we freeze not only ovarian tissue but also the immature eggs harvested from the removed ovary. We allow them to ripen by means of in-vitro maturation (IVM) and subsequently freeze the mature egg cells. The technique for recovering immature egg cells from residual material after cutting the ovary in the laboratory is a very promising procedure. Performance of the procedure is complex and requires considerable expertise. That is why it is performed only at a few centres in the world."

When Jasmien and her boyfriend wanted to fulfil their wish to have children three years after her cancer diagnosis, her gynaecologist established that her body was already in menopause at the age of 26. "Getting pregnant naturally with my remaining ovary was not an option," she says. "At the start of 2018 we began the fertility treatment. The eggs ripened in the lab were thawed, artificially fertilised by injecting one sperm cell into each egg (the ICSI technique, or intracytoplasmic sperm injection) and returned to the uterus. We had prepared ourselves psychologically for a process lasting years, but we were lucky because in March the pregnancy test was positive.  And today we are so delighted to be able to hold our baby in our arms."

While babies have already been born using in-vitro maturation, this is the first child in the world to be born after the ripening of an egg harvested from an ovary removed from the body, combined with oocyte freezing and without ovarian transplantation. The oncofertility team at the Centre for Reproductive Medicine of UZ Brussel Hospital has thus again reached a new milestone in reproductive medicine. "Thanks to this new technique, a frozen ovary does not have to be put back, so the patient does not have to worry that this could result in cancer cells again ending up in the body via cell material stored before cancer treatment", explains Prof De Vos. "So this procedure is not just hopeful, it’s also safe." 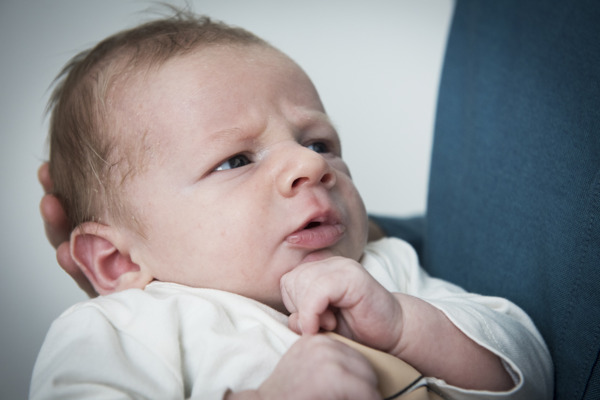 UZ Brussel (University Hospital Brussels) has a staff of more than 3,800 employees. It is attached to the Faculty of Medicine and Pharmacy of the Free University of Brussels on the Brussels Health Campus in Jette. With 721 hospital beds, it accounts for 30,779 admissions of patients each year from Belgium and abroad, 412,246 consultations (emergencies not included) and 78,840 patients at the emergency care. Its philosophy is founded on three principles: Dutch-speaking, pluralist and social. As a university hospital, it also has a teaching mission and conducts scientific research. More information can be found at www.uzbrussel.be.